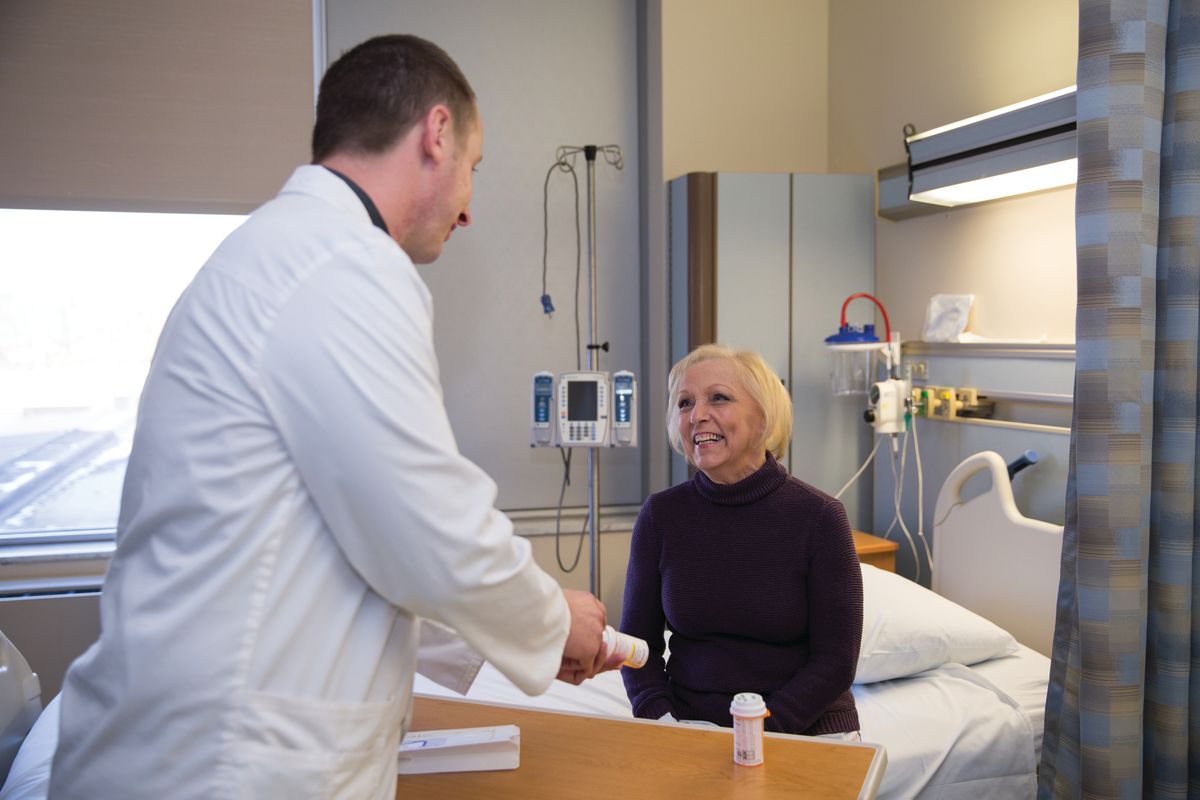 A Mayo Clinic study found that that about 40 percent of patients fill their prescriptions the day of discharge, and 22 percent had not filled their prescriptions by a median of 12 days after discharge. Patient-reported barriers included lack of transportation, difficulty affording medications, and long wait times in the pharmacy.

What is a Meds-to-Beds Program?

The ‘hospitality’ or ‘med-to-bed’ programs, whereby pharmacists and/or technicians go to the patient’s bedside before discharge, double check the medications they are taking, verify insurance coverage, process copays, and deliver the medication overcomes many of these barriers. This program is typically run out of the hospital outpatient pharmacy.

Benefits of a Meds-to-Beds Program

Pharmacists and their staff have the skills and knowledge base to identify and resolve drug therapy problems; they can help address affordability issues, engage patients and assure them that the medications they are receiving are the most appropriate, effective, and safe in optimizing their outcomes. This combination of skill and knowledge, in combination with patient communication and education, furthers patient “buy-in” and the overall willingness to take and comply with a medication regimen after leaving the hospital.